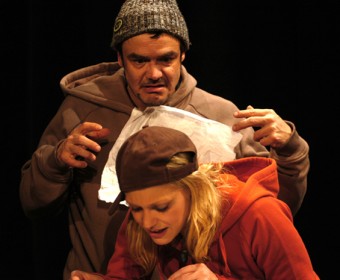 After being out to see a movie, Moritz, who is just called “Motte” by everyone, and his friend Lina run into a mysterious dog with dangerous yellow eyes, which bites Motte in his hand. The very same night the world of myths and fantasy becomes part of Lina’s and Motte’s everyday life. All of a sudden, Motte’s hand is all hairy, his voice gets hoarse and the colour of his eyes is changing. In these times of need they turn to their class teacher for help. Will they succeed in stopping Motte’s ongoing metamorphosis to a werewolf?
The well-known author of children’s books Cornelia Funke from Hamburg (“Inkheart” + “The Thief Lord”) created the story of a wonderful friendship between a boy and a girl, which is being tested in a dangerous yet amusing way.
“Theater Triebwerk” is one of Germany’s most renowned young drama groups. For the third time in a row they know to convince in the Hamburger Kammerspiele with their unique drama adaptations with tumultuous role changes and live music. 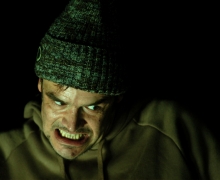 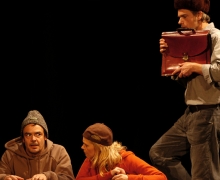 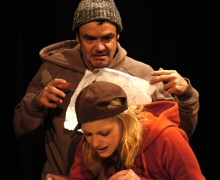 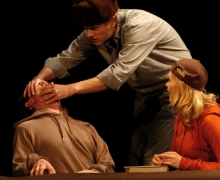 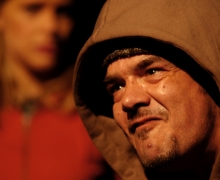 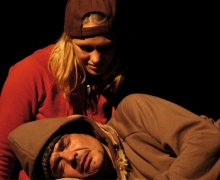