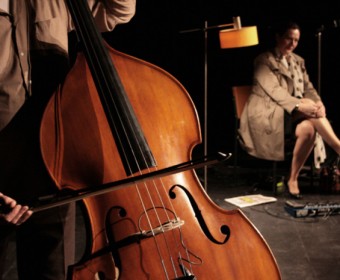 A live music thriller
for adults + children older than 8

Riff and As, two underpaid musicians, hired the mysterious Mimi to kidnap the standard pitch “A”. After the daring “soundnapping” the newly set up gangster trio meet in their hiding place to prepare for the expected handover of money.
But no one reacts to their ransom demand. Doubt and suspiciousness slowly come up: What is this standard pitch’s real value? And who would pay a ransom for it? Did Mimi make a mistake? Or is she double-crossing in the end? Waiting for the crucial phone call turns out to be a nerve-wracking ordeal.
Whether it is a blow-by-blow memory transcript, psychic sessions, hot tempered arguments, melancholy musings on the future or general rapture – in this thriller music somehow always has its finger in the pie. 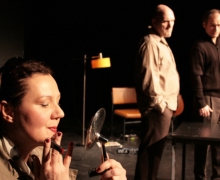 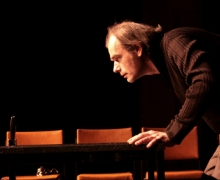 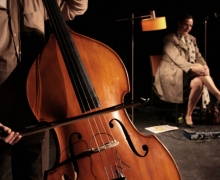 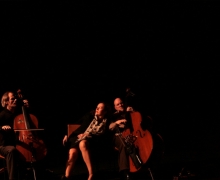 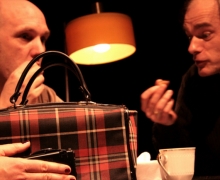 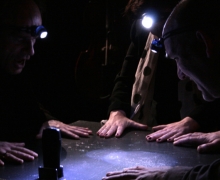 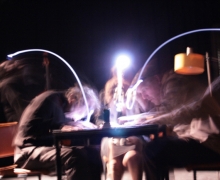 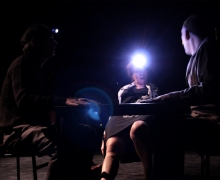