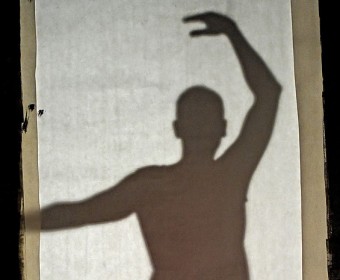 “The story of Joe in a red dress is about a new kind of hero who needs to muster up a lot of courage in order to be himself”, the author explains on his web site. The story is about a boy who breaks with usual gender roles and clichés by putting on his mother’s red dress and venturing out into the street.

This seemingly simple story in Jens Thiele’s story book is narrated by a man who is looking at pictures with a boy. “Is that you in the picture”, the boy asks. “Yes, that’s me as a child. I can tell you about my childhood, if you like.” But the boy doesn’t want to listen to ‘boring stories from the past’, so the man tells him what he would do now, if he were a boy. He would secretly put on a dress and admire his reflection in the mirror; he would imagine the plot of a film in which he would play the leading role: a boy named Joe who is also wearing a red dress and because of it is persecuted, harassed and teased. “And what would happen when the film is over and you are still standing in front of the mirror?”, the boy asks. “Then I would go out into the street in my mother’s dress, for everyone to see.” “That’s brave! Be honest, would you really do that if you were a kid today?” To which the man replies, “Well, that’s what I did do when I was a child.”

The story of Joe is told by two musicians/performers, in a niche of intimacy and publicity – the theatre stage – and raises the curtain on their own memories, fears and self-perception.

The ‘Theater Triebwerk’ free drama collective has created a subtle stage adaptation which ‘tests’ the processes of identity forming:
What is my perception of
masculinity/femininity?
what embarrasses me?
what scares me?
and why?

A co-production with Theater für Niedersachsen (TfN). Dramatisation rights for the book by Jens Thiele held by the publishers Hammer Verlag. Sponsored by the federal state of Lower Saxony and the Friedrich Weinhagen foundation.

We would like to thank Jens Thiele (www.jensthiele.de), the author of ‘Joe in a red dress’ (Peter Hammer Verlag 2004) for his help, support and trust, which allowed us to create a stage version of his book. We were particularly happy to learn on the opening night that he approved of ‘our’ production. We would like to take this opportunity to once again recommend his story book as well as other works by Jens Thiele (www.jensthiele.de) which have inspired us and mean a lot to us. 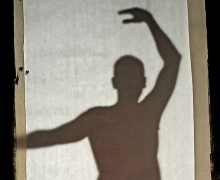 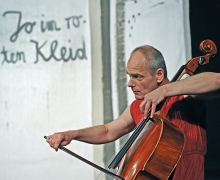 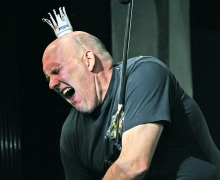 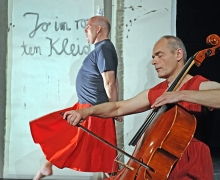 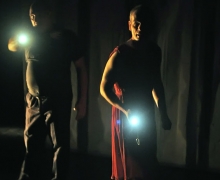 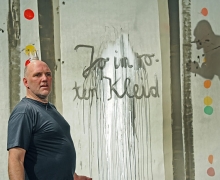 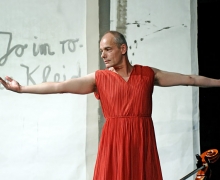 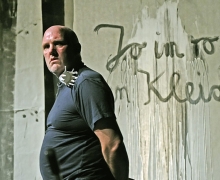