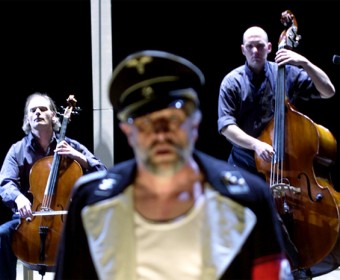 Todd is a teenager with ‘perfect’ parents and a rosy future ahead of him. His investigations lead him to uncover the true identity of a former SS officer and he finds himself sucked into the old man’s past as well as into his own obsessive lust for violence and power. A murderous relationship of horrifying intensity develops, which culminates in a spiral of reciprocal blackmail. Their mutual and murderous dependence drives them to the last extreme.
Two actors and two musicians (bass and cello) use simple, clear and instantly accessible techniques and stirring music to convey this highly topical and absorbing thriller in a convincing and gripping way.

Press
“The requirements of this production are superbly met by the four darned good actors of Hamburg ‘s Theater Triebwerk and Theaterwerkstatt Hannover. A play has been created under Martina van Boxen’s direction, which goes much deeper than merely under the skin.“
Hamburger Morgenpost – 8 th February 2003

“The event worth seeing: an enlightening, three-dimensional drama that arises out of German history, grippingly performed through the detached interchange of acting and narration.“
Hamburger Abendblatt – 8 th February 2003

“At least since Begnini’s ‘Life is Beautiful’ audiences have learnt how deeply dismaying laughter can be. Likewise, it is the featherlike scenes that contain the greatest potential for horror. The intellect, which so easily declares inconceivability when faced with numbers and horrific facts, is bypassed.“
taz Hamburg – 10 th February 2003 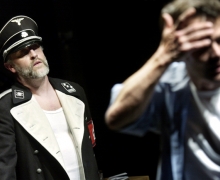 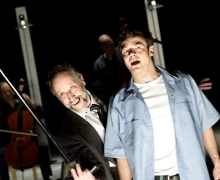 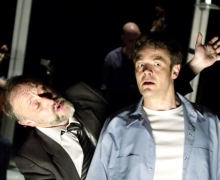 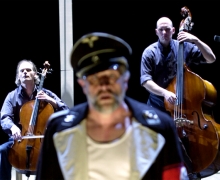